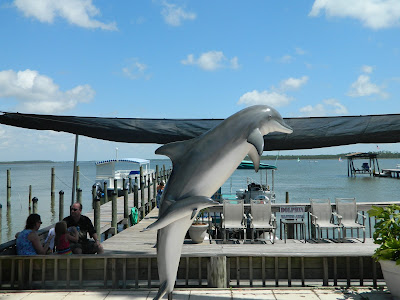 The Gulf Shores family outing today was the Dolphin Cruise. We all decided to go, and we had the first cruise time, so we had to get up, eat breakfast, and get down to the dock early.

Tiffany and Daniel were wide awake and ready for some dolphin spotting. 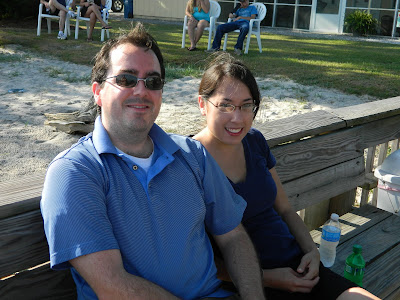 Landon and Grandad are always ready for another adventure. 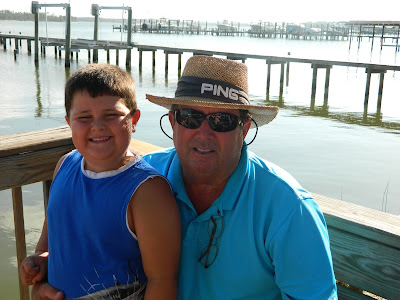 Here's the view as we left the dock and started the dolphin search in Wolf Bay. 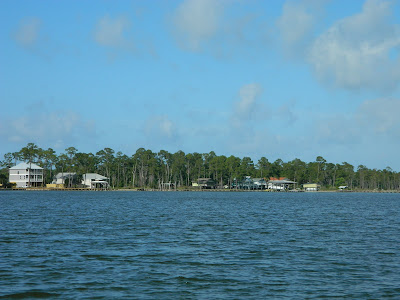 The search was on. 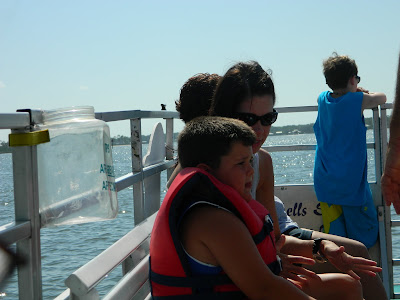 We soon found dolphins. Unfortunately, they were hard to photograph. Most of my pictures look like this. A dolphin was just here, but I just missed it. 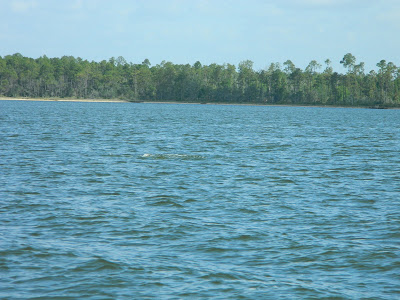 This shot is a little better. They were beautiful and graceful. 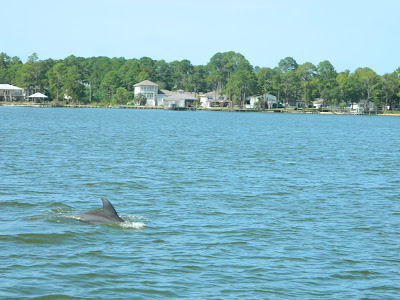 Susan, Spencer, and Landon were enjoying the view. 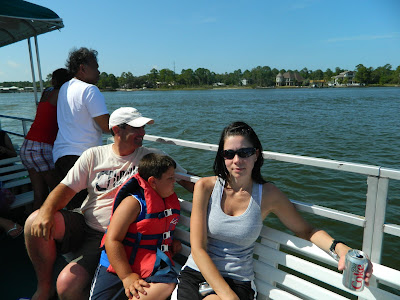 Then we came across some shrimpers who were tossing their fish back into the bay. This attracted some dolphins to their boat.


The dolphins came up and asked for the fish. Our guide said that people really aren't supposed to feed the dolphins, but that likely these men didn't know that. 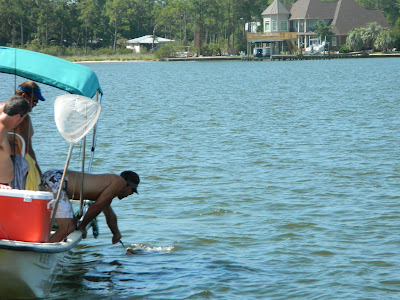 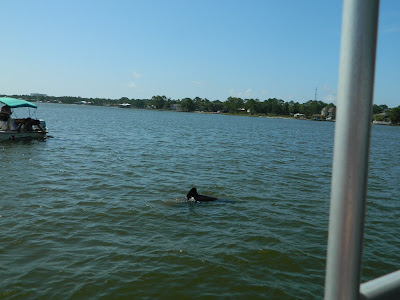 Our guide then took us on the nature part of the tour. 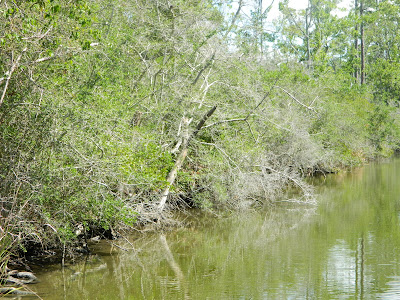 We looked at birds like this blue winged heron. 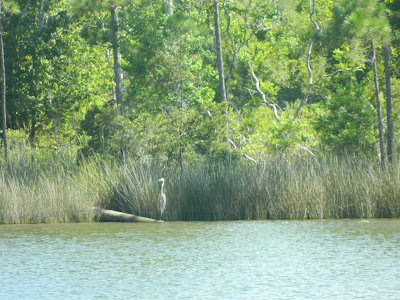 And we went farther down some narrow passageways into the swamps. 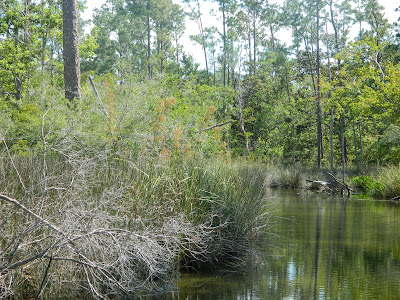 Until we found an alligator nesting site. The guide said they were nocturnal, and we didn't see any out and about, but we could see where they had hollowed out their property under the palms. 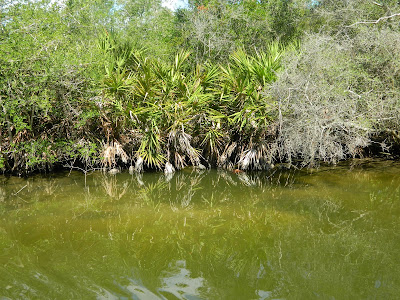 And we saw the wild swamp lilies. 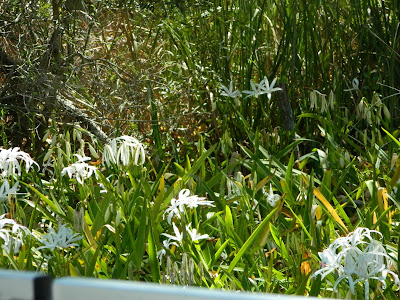 Landon and grandad took it all in from the front of the boat. 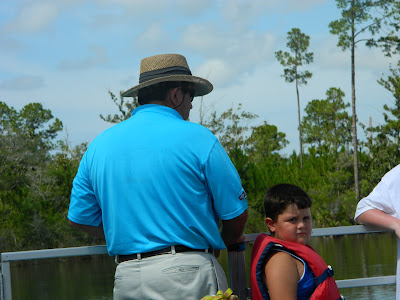 Landon thought the most fun part of the whole cruise was when the boat lost its steering out in the swamps, and we were temporarily disabled until Captain Bart could make repairs. What a trip. 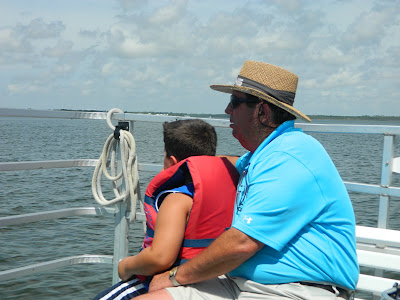