I saved this recipe for Pina Colada Pie when I came across it back in the winter, knowing that I would want to try to make it during the summer months. The directions for it are on the All Recipes website, and it was submitted by Phyllis. It has a cookie crust and a creamy tropical flavor - I loved it. Here's my version. 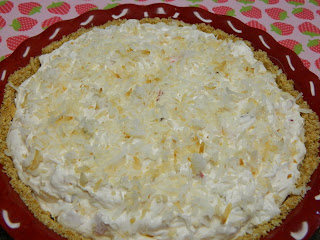 Topping
1/2 cup coconut, toasted
To toast the coconut, preheat the oven to 350 degrees F. Spread the coconut evenly on a baking sheet and toast in the preheated oven for 5 minutes, until golden brown. 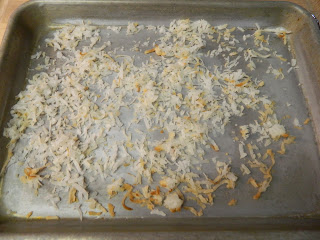 Remove coconut from oven and set aside. 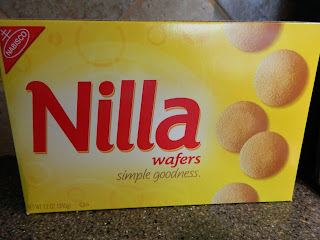 I crushed the vanilla wafers in a food processor until I had 2 cups. 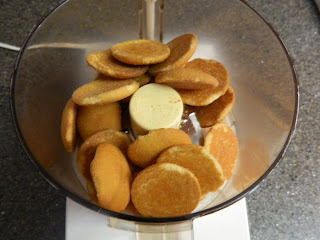 Then mix the 2 cups of crushed vanilla wafers with 1/3 cup of butter that has been melted. 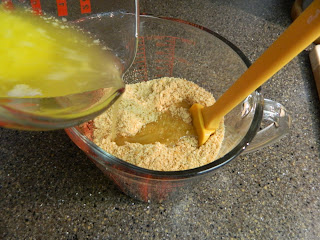 Mix well, then pour into a 9-inch pie pan. 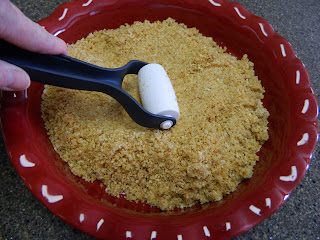 Press mixture firmly into bottom and side of pie pan. 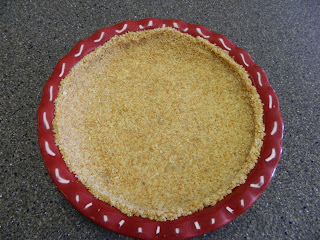 The crust is finished, now we'll make the filling.

In a large mixing bowl, beat together cream cheese and cream of coconut until fluffy; add rum extract. Mix in drained pineapple, cherries, and pecans, then fold in whipped topping. Spread mixture into crust. Sprinkle with toasted coconut. Chill several hours before serving. 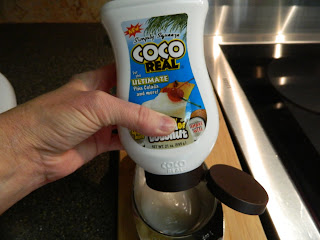 The cream cheese and cream of coconut whip up together to be a very fluffy mixture. 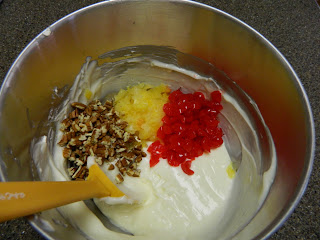 Add the rum flavoring to the cream cheese mixture, then mix in the pineapple, cherries, and pecans. Fold in the whipped topping last. 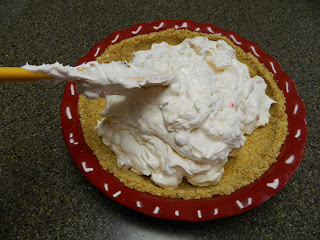 Spoon the filling into the prepared crust. 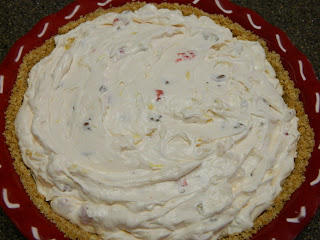 Spread the filling into the crust . . . 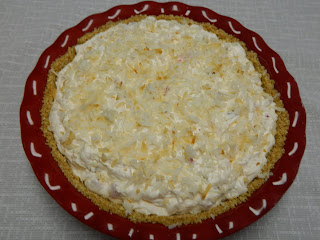 . . . and sprinkle with toasted coconut; chill. 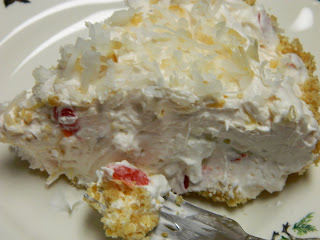 You have to try this pie.
Posted by Anita Rowe Stafford at 8:26 PM