My daughter Susan has recently moved into a new house and with her move has come some decisions about which new items she would buy and which old items she would keep. One item she wanted to keep was a vanity chair that she liked to use in her bathroom, but it was in need of an update. 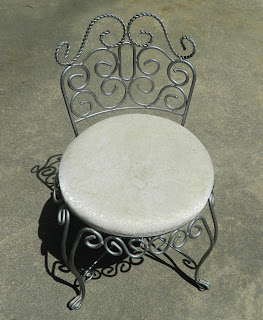 This was the chair as it was when the update project began. The color of the metal did not match the hardware on the cabinets in the new bathroom, and the fabric on the seat was spotted and showing the signs of age. 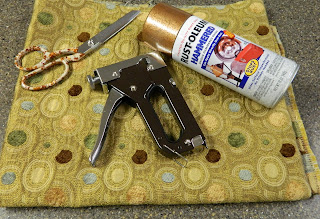 For repainting the metal I chose spray paint in this Hammered Copper color. I visited the fabric store and bought 2/3 yard of  upholstery fabric to recover the seat. 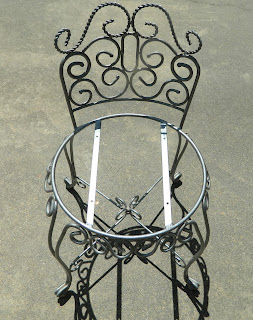 With the removal of four small screws, the seat could be taken off and the chair was ready to paint. To cut the cover for the seat, I just laid the seat cushion on the fabric and cut around it, allowing enough extra to tuck under on the back. 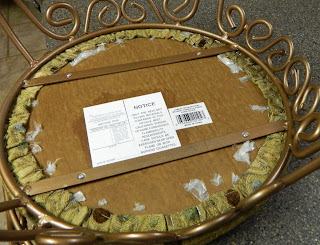 I secured the new fabric to the seat with a staple gun, then after the paint was dry, I replaced the four screws that held the seat in place. 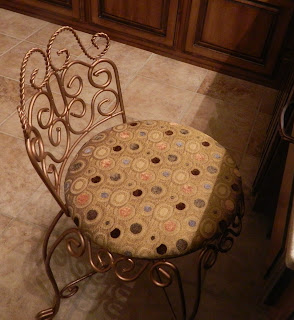 After a little paint and fabric, Susan's old chair is like new. 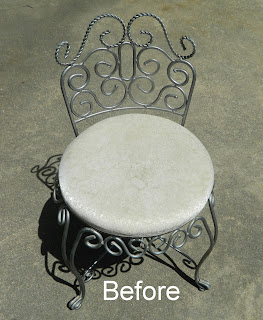 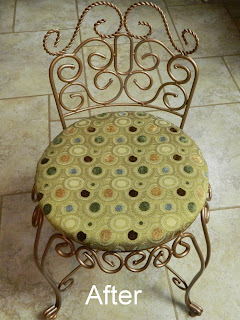 This was a quick project to complete. I gave the metal several coats of paint, so some drying time was allowed between coats, but the whole project was completed in a day.