Mission Organization started for me way back in January of this year, and unbelievably, I am now at week 50 in the year. I have worked diligently to find a project each week that would not only be beneficial to me, but one that might be useful to others as well. In trying to find solutions for household problems, I have looked at many different resources. Household hint books, Pinterest, organizing blogs, and home magazines have been my main sources of help, but not all the hints I tried were good ones. In fact, some of my organization projects completely bombed. I think it might be time to do a little reporting on some of my failed home organization projects for the year.

This was an idea I was excited about because I purchase and love to use Color Catcher sheets for my laundry. Following another blogger's tip from Pinterest, I set out to make my own sheets to catch the dyes from clothing that are released in the wash. 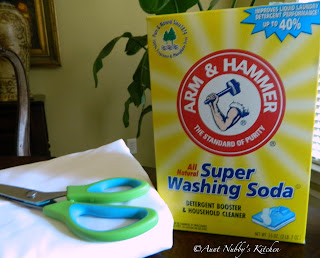 According to the blogger, washing soda is supposed to be the magic ingredient. 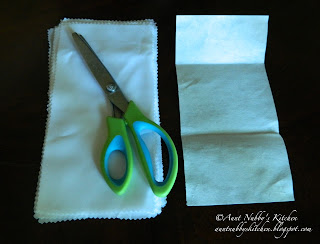 I followed the directions, cutting up a whole batch of fabric the size of regular Color Catchers and had my tutorial all documented in photos. I soaked the fabric in the solution, then air dried according to the directions, but when I washed a new white wash cloth with my almost new dark blue denim jeans and one of my homemade color catchers, the wash cloth caught just as much blue dye as the treated fabric. FAIL

This is another DIY idea that came from Pinterest, and the source is a gardening blog. Landon and I worked on this project over his spring break, and I was so hopeful that this would be the answer to those red wasps that hang around my patio every summer. Landon was hopeful too, as he was the recipient of one of their nasty stings last year. 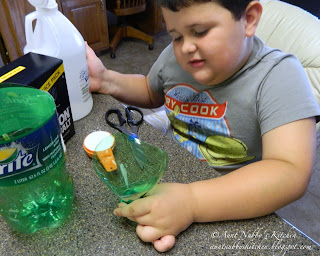 We cut the top off a two liter soda bottle and inverted it funnel-style into the bottle. We made a solution of vinegar, sugar, and salt to attract the wasps to the bottom of the bottle. The wasps are supposed to crawl down the funnel to get to the liquid and become trapped. We set our trap out on the patio and waited . . . and waited . . . and waited. We freshened the solution in case it had gotten stale. We caught a few gnats. Weeks passed . . . were our wasps too smart or too dumb? We never did catch a wasp.  FAIL

I had absolute confidence this project would work when I saw it listed on Pinterest. The source for this one is a nationally known magazine. The recommendation is to use dryer fabric softener sheets to remove built up gunk from an iron soleplate. Because I have successfully used fabric softener sheets in ways other than their intended purpose, I just knew this would be a great tip. 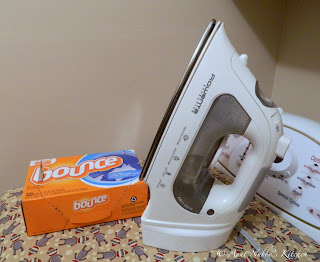 The directions are to turn the iron to a low setting and iron back and forth over a dryer sheet until the residue is removed from the iron, now doesn't that sound easy? I pushed the iron across the dryer sheet many times with absolutely no result except that the dryer sheet was nicely pressed. I gave it my best shot, but nothing happened.
FAIL


While these tips may have worked for someone else, they just didn't work out for me. I can't say if the reason for the FAIL was user error or something else, as I only gave each project one trial, but I'm still on my quest for good home organization tips. Maybe a new Pinterest Board called "Projects that Failed" is what I need.

All opinions stated are my own. This post is non-sponsored.

Posted by Anita Rowe Stafford at 9:45 AM