A Little Help From My Friends

Earlier this month Arkansas Women Bloggers converged at Ferncliff Camp in Little Rock for AWBU 2013 Conference. I was preregistered and totally excited to be going, after all, the keynote speaker was Sophie Hudson, alias Boo Mama, author of A Little Salty to Cut the Sweet.

But, darn it, things don't always go as planned. Just before the big day I got a strange ailment that caused my right foot to swell up and feel like it was broken. But x-rays didn't show any broken bones, so the doctor decided to treat me for the good old-fashioned gout. My ailing foot continued to be too tender to drive the three hours to the conference, and quite frankly I was a little embarrassed to go anyway sporting such an unattractive limp. I put my puffy foot up on the ottoman and poutingly stayed home, missing out on all the fun. 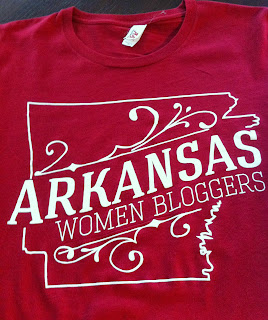 There's one thing I didn't miss out on though, thanks to some special friends - my conference T-shirt. A dear blogging friend, Amanda Jane Brown, went above and beyond to be sure I got my T-shirt. I've only met Amanda one time, last year at a band concert in Little Rock, but I have known her through the blogging world for the past two years. Amanda previously lived in Little Rock, but now is a Mississippi blogger. She was attending the AWBU conference, and I emailed her to see if she might be able to snag my T-shirt while she was there. I wasn't sure exactly how I would get it from her, but I knew we had some common acquaintances. Amanda not only grabbed my shirt for me, she then delivered it to a mutual friend, Joely, in Little Rock before she left town, who passed it on to my daughter to hang on to for me. Long story, but last weekend I was able to pick up my AWBU 2013 T-shirt thanks to Amanda. 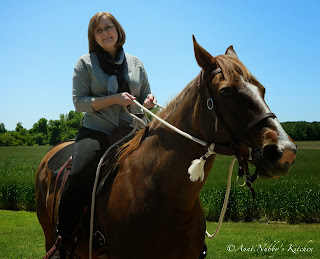 I know it was a busy weekend for Amanda, but she was willing to go the extra mile, and it helped to ease my disappointment of not being able to attend the conference I had looked forward to for months. The T-shirt was passed from Amanda to Joely to Angela to me, but I also feel that a special bloggy friendship was passed along with it. My gimpy foot has improved considerably, and I think you could even say I'm "back in the saddle" and looking forward to next year's conference.