My grandson Landon graduated from kindergarten on Monday night. He goes to a small private school. There were only twenty-two students in two kindergarten classes. The students demonstrated some of what they had learned this year by reciting and singing at graduation. 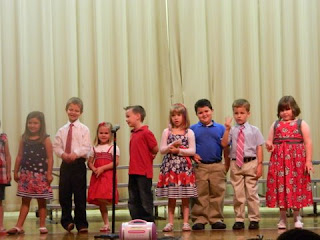 Even though there are expectations that the children all learn the same things, this photo reminds me of their differences. Just the difference in physical size alone is vast in a group of same-aged children. Take a look at these little faces and you'll see a variety of personalities as well. You'll be able to pick Landon out very easily. He's the one my camera keeps zooming in on. 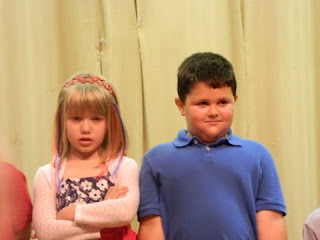 Landon sometimes has a shy side. 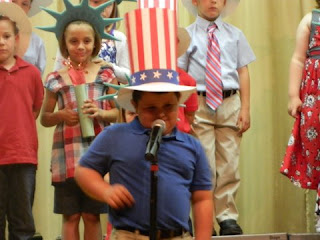 But he was able to deliver his lines with finesse. 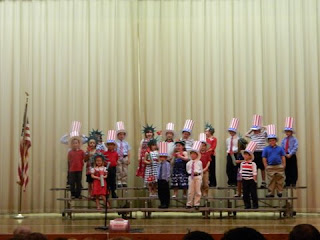 The whole group put on quite a patriotic show. 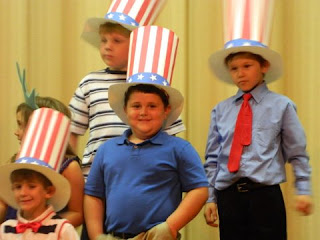 I caught a smile here. 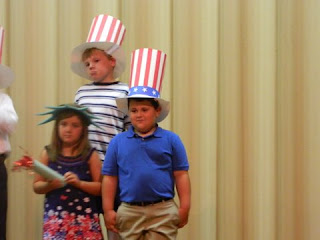 A little of his serious side here. 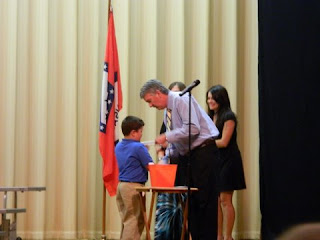 And the grand finale, Landon received his diploma from the principal while his teacher, Miss Stephanie watched. Congratulations, Landon. 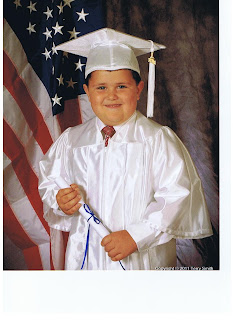 Posted by Anita Rowe Stafford at 6:30 AM

Email ThisBlogThis!Share to TwitterShare to FacebookShare to Pinterest
Labels: Family/friends

I'm in favor of any meal that can be cooked in one pot, and jambalaya is one of those meals. I love the rice, the shrimp, and the Cajun ... 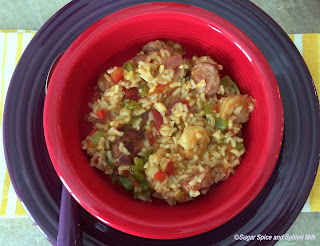