I don't think one more thing could have been packed into my weekend.
We started Saturday morning at the 22nd annual Texas Blueberry Festival in Nacogdoches. We were part of a crowd of about 19,000 people converged in the downtown area. Vendors lined both sides of the brick streets of the oldest town in Texas.  Many of the area businesses were open as well, some with special activities, cooking demonstrations, or entertainment inside. 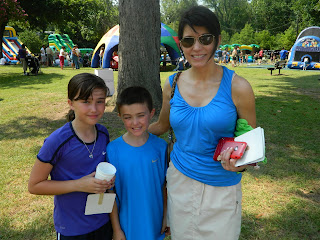 There was also a pet parade and inflatable entertainment for the kids, along with several outdoor stages for music and all kinds of food offerings. Many groups handed out free ice cold water bottles in the unrelenting Texas heat.

But, of course, the star of the festival was the blueberry. 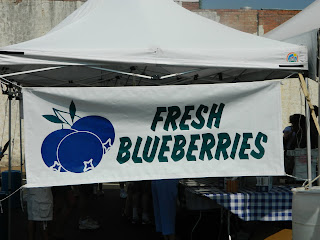 About 20,000 pounds of freshly picked blueberries were sold at the festival this year. 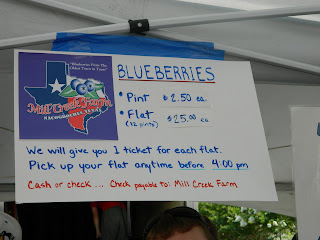 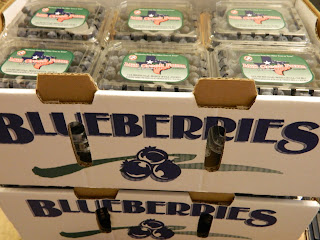 Mill Creek Farm is a local blueberry farm, and they bring in trailer truck loads of the freshly picked blueberries to sell. Or, they provide the option of a shuttle out to the farm if festival goers want the experience of picking their own blueberries.

After several hours of the festival the kids needed some cooling off time in the pool. 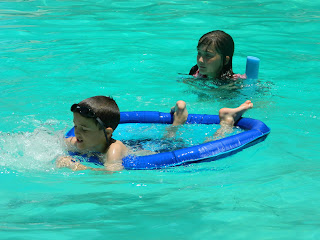 Angela opted for the shade. 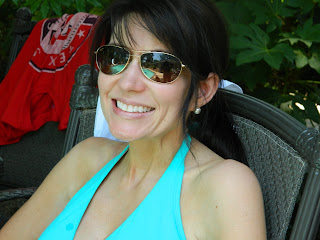 That evening Henry made Acapulco Shrimp Cocktail that was amazing. 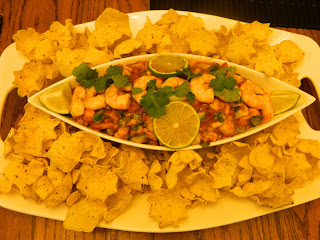 He also made guacamole, and his is world class! 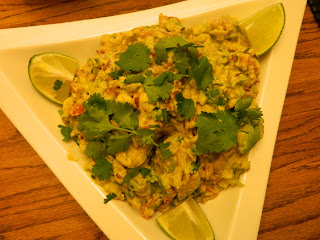 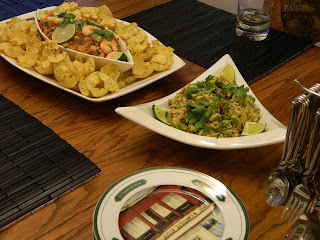 And those were just the appetizers!


I'm going to try making the Acapulco Shrimp Cocktail soon, so the recipe is forthcoming! 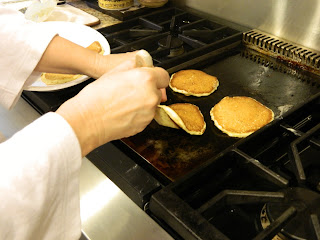 Charlie is a huge fan of blueberries and blueberry pancakes. 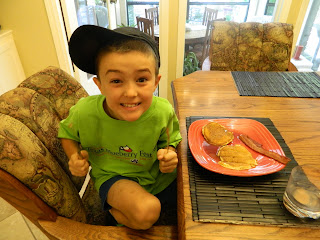 The weekend was over, but the kids did get the T-shirt to take home. 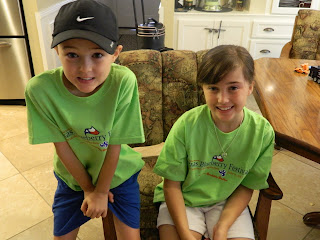 After breakfast it was time to get in the car and head home. It seemed that I spent a great deal of time in the car driving this weekend, but it was well worth it for the time I got to spend with the family. 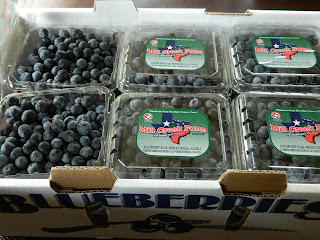 Now I'll just have to decide what to make with all these blueberries.