This recipe caught my attention because it has elements of a couple of family favorites. My son Daniel loves Coconut Pie and his wife Tiffany is a fan of Chocolate Pie, so when I saw a recipe that combined the two I thought it might be a hit. This beautiful pie is a Martha Stewart recipe, and it is naturally gluten free and made with only four ingredients. 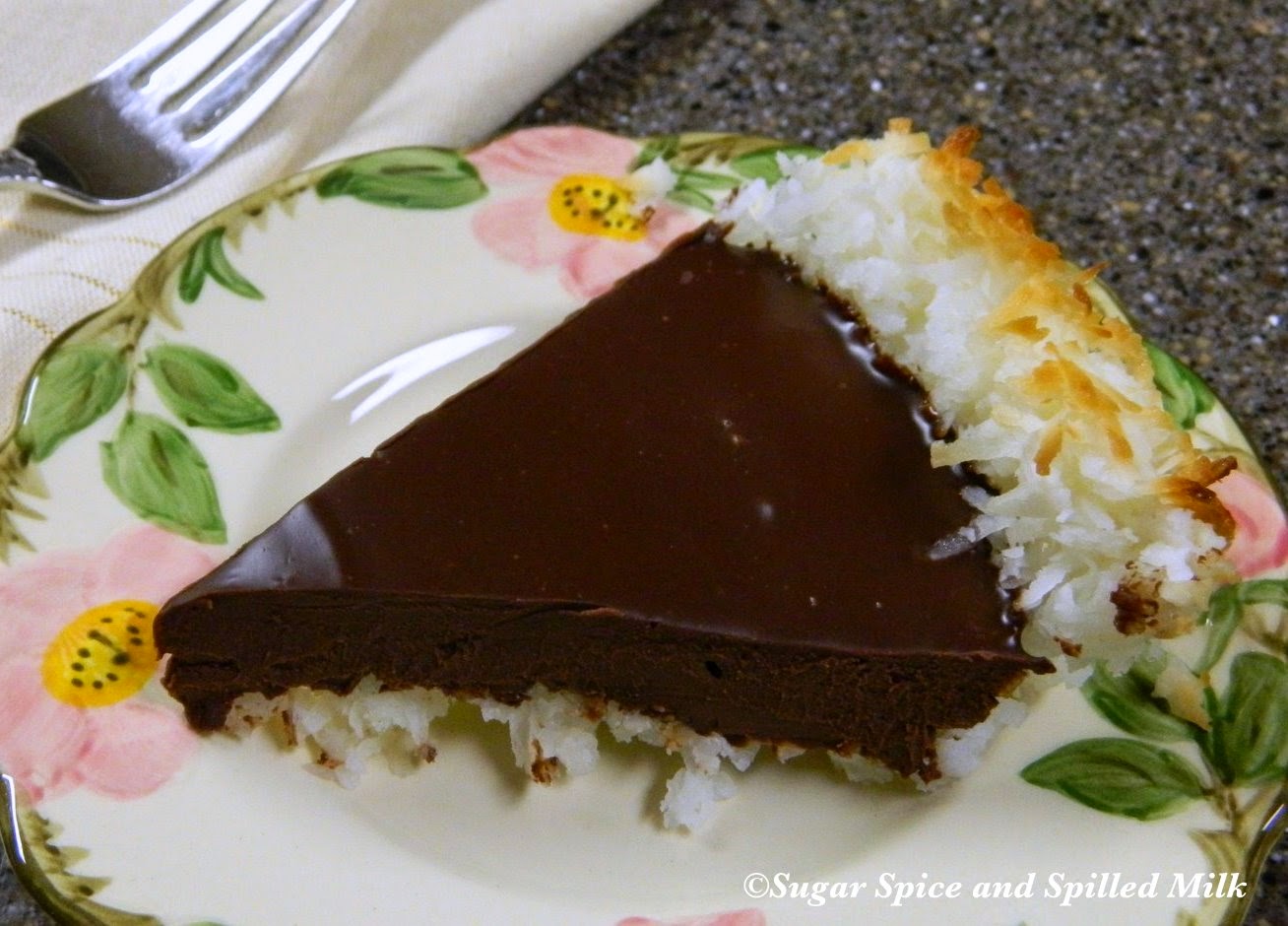 Crust
4 tablespoons unsalted butter, softened
11 ounces (about 6 cups) sweetened shredded coconut
Preheat oven to 350 degrees F. In the bowl of a food processor, combine butter and 2 cups of coconut. Process until mixture forms a ball. Transfer to a medium bowl and sprinkle with remaining coconut. Combine and mix with your fingers. Press the coconut mixture into the bottom and up the sides of a 9-inch pie plate to form a crust, leaving the top edges loose and fluffy. Place a foil ring over the edge to prevent burning. Place pie plate on a parchment paper lined sheet pan. Bake in preheated oven for 10 - 15 minutes, until center begins to brown. Remove foil ring and bake 4 - 5 minutes longer until edges are browned. Transfer to a wire rack to cool.

Filling
1 cup heavy cream
8 ounces bittersweet chocolate (preferably 61% cacao), finely chopped
In a small saucepan, bring the cream just to a boil. Pour over chocolate in a medium heatproof bowl. Let sit for 10 minutes, then stir until chocolate is completely melted and mixture is combined. Pour into coconut crust. Refrigerate until filling is set, at least one hour. 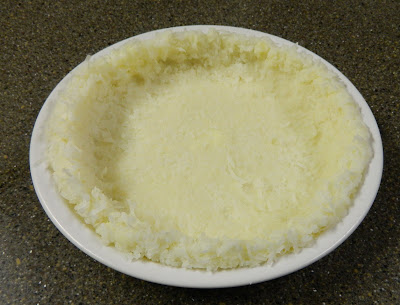 Press the coconut and butter mixture into a pie plate, leaving the edges loose and fluffy. 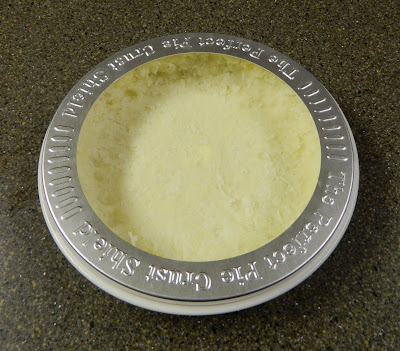 Cover the edges with foil or one of these pie shields. 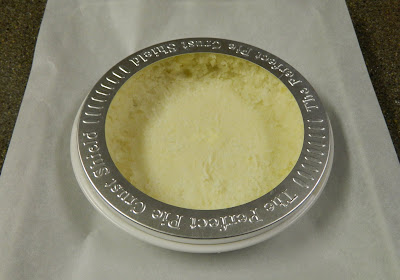 Place the crust on a parchment paper lined sheet pan to bake. Remove the shield for the last 4 - 5 minutes so the edges will brown. Cool on a wire rack. The recipe called for bittersweet chocolate with at least 61% cacao, the best I found was 60%. This was a 10 ounce bag, so I had to weigh out 8 ounces. 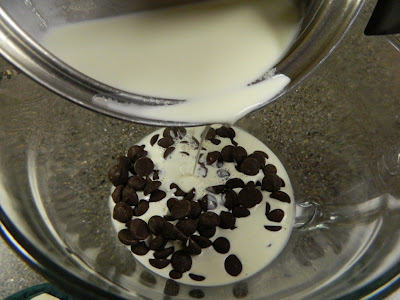 Pour the hot cream over the chocolate pieces and let melt for 10 minutes before stirring together. 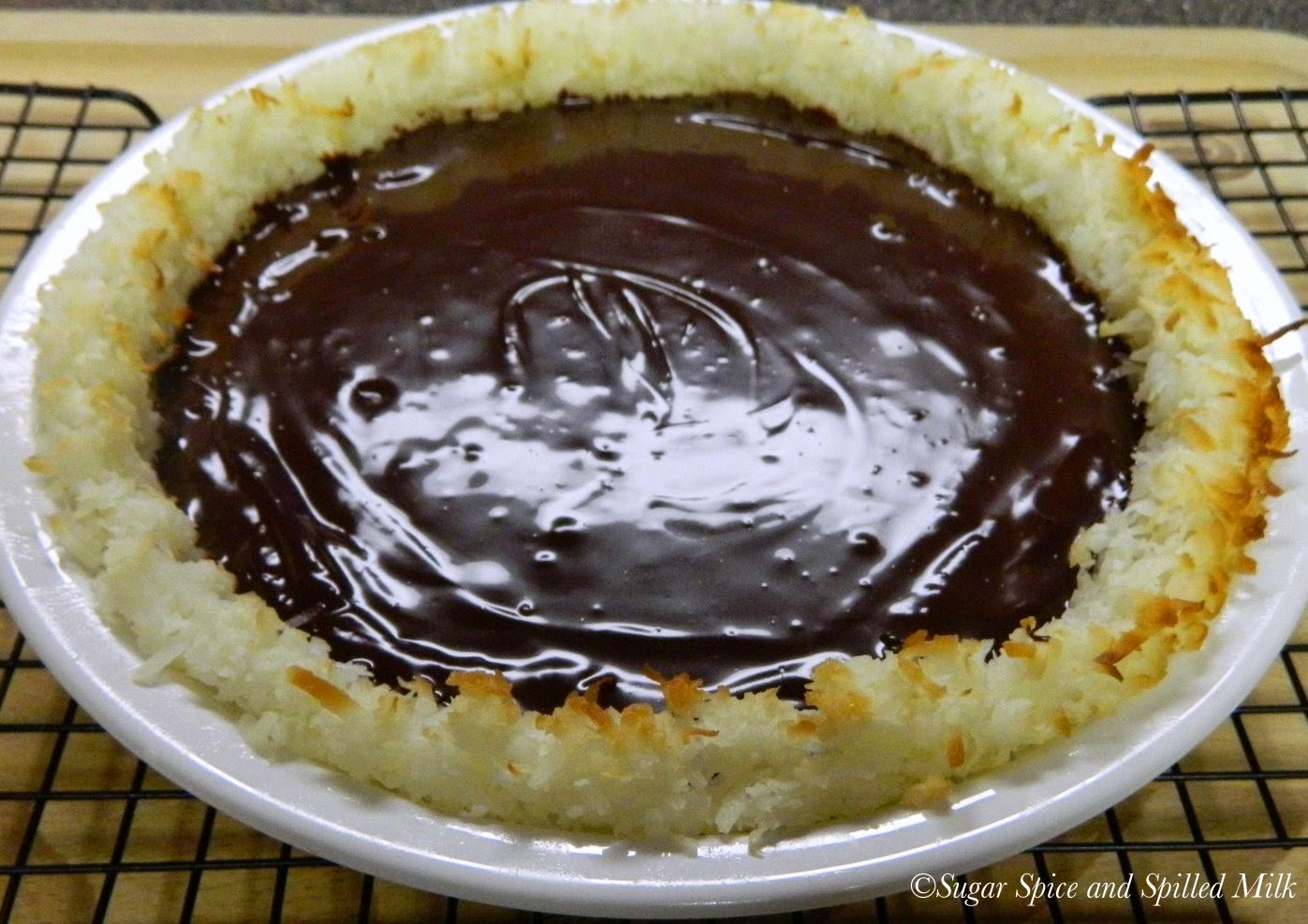 Pour the mixture in the coconut crust. 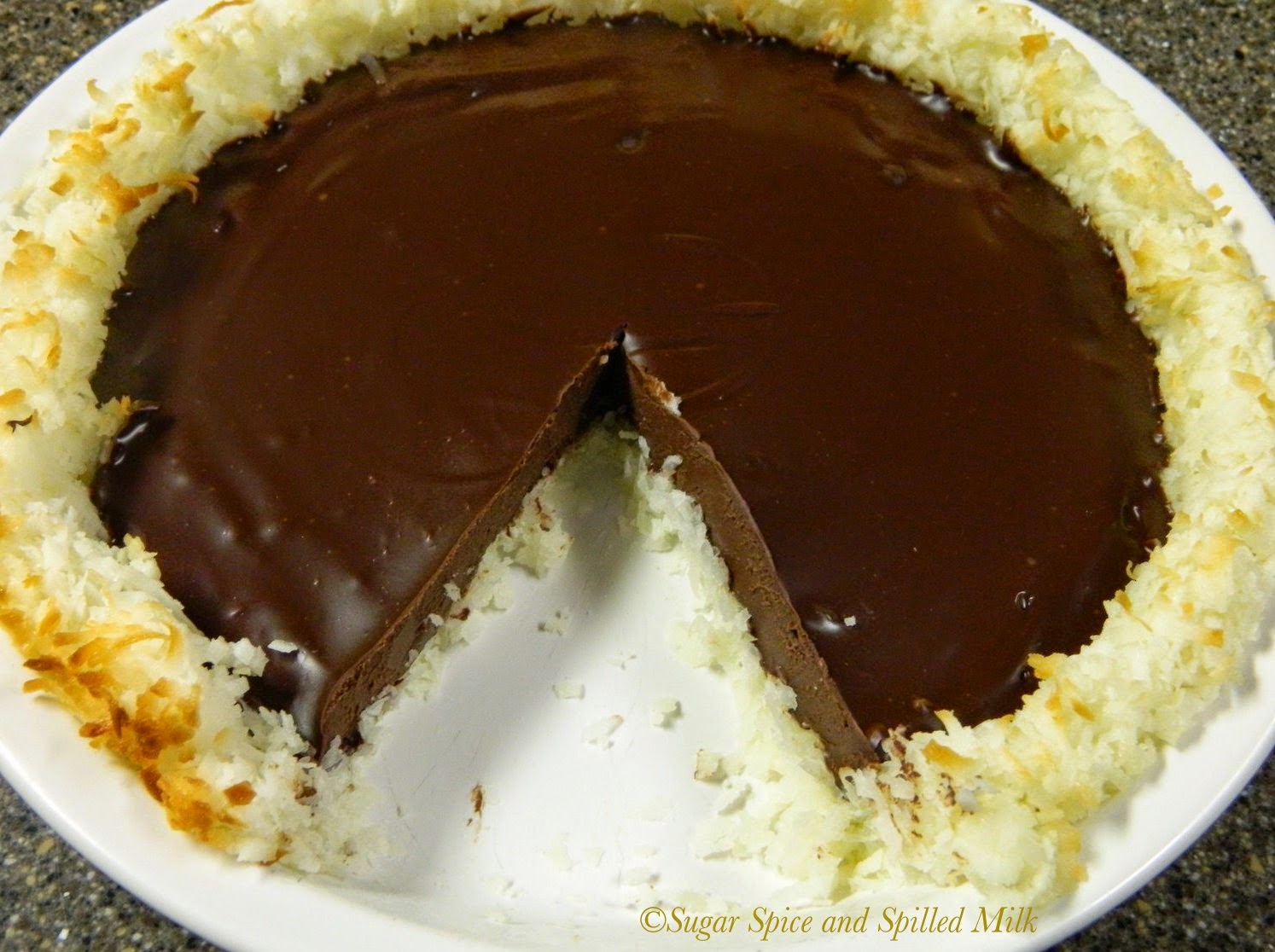 This pie was much easier to make than it looks. Only four ingredients, two in the crust and two in the filling, but it's a very rich and delicious pie.