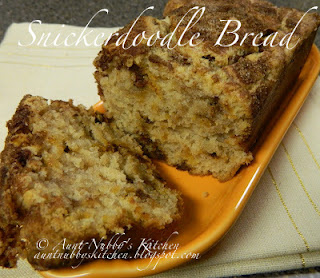 In the meantime, my friend Andi at The Wednesday Baker has baked a very similar Snickerdoodle Bread that looks really delicious. Check hers out too.

Preheat oven to 350 degrees F. Prepare two 9-inch x 5-inch loaf pans by greasing or spraying with cooking spray. In a large bowl, combine butter and sugar; cream together with an electric mixer for about 2 minutes until fluffy. Add eggs one at a time, mixing well after each addition. Add vanilla and sour cream, mix to combine. In a separate bowl, combine flour, baking powder, salt, and cinnamon, whisk to combine. Add flour mixture to creamed mixture, stirring just until combined. Coat the cinnamon chips with 2 tablespoons flour, then stir into the batter. Spoon batter into prepared pans. Combine sugar and cinnamon for topping. Sprinkle topping over batter before baking. Bake in preheated oven for 60 - 70 minutes until a toothpick inserted in center of loaf comes out clean. Remove from oven and let cool for 5 minutes before removing bread from pan. 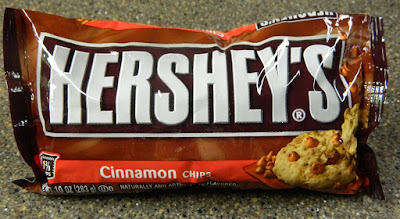 These are the cinnamon chips that have eluded me for more than a year. I'm sure that I could have ordered them online, but I really was in no hurry. I was determined that I would find them when I was in the right place at the right time. 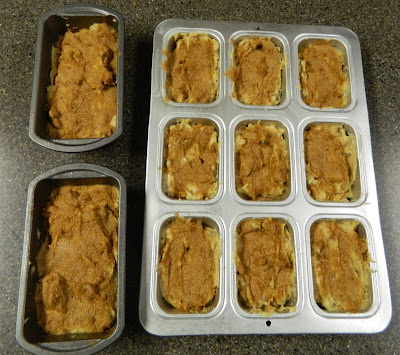 I decided to stray from the recipe and use some different sized pans to bake the bread. I used two of these 3-inch x 5-inch mini loaves and also this 9 cavity petite loaf pan. I had to adjust my baking times since I used smaller pans. The petite loaves bake in about 25 - 30 minutes, and the mini loaves need to bake 35 - 40 minutes. 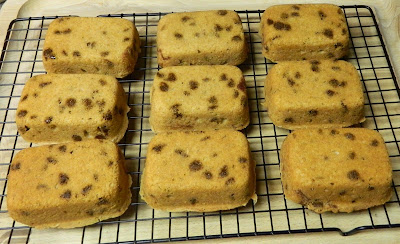 These are the petite loaves after I turned them out of the pan. My husband saw them turned up this way and asked if this was blueberry bread. It does look a little like blueberries from the bottom, but these are the cinnamon chips showing. 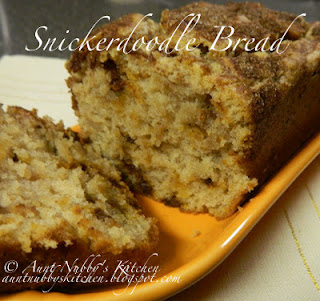 I have to say, this Snickerdoodle Bread really was worth waiting for. I'll have to buy more cinnamon chips next time I'm shopping out of town.