Mission Organization: Week 17 - The Dryer: Round 2

Last week I brushed and cleaned the lint out of my dryer vent and was quite pleased with the results. I felt that the long time build up of lint inside the vent could have caused a house fire, even though I had always cleaned the lint filter out every time I put clothes in the dryer. After my mission was posted last week, I got a call from my friend Tammy. She told me that she recently had the same experience with her dryer vent, but that she had cleaned hers out with a product called a Lint Lizard that she had seen on TV, then bought at a Bed Bath and Beyond store. After she described to me how well it worked for her, I knew I would have to have one of those Lint Lizards for myself, so I bought one this week, and I couldn't wait to try it out. 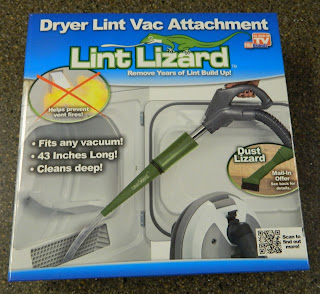 It is a long hose attachment that fits on a vacuum cleaner. Even though I just cleaned out my dryer vent, I wanted to test it to see how it worked and to see if I had left any lint behind when I cleaned last week with the long brush. 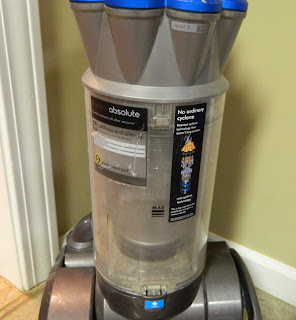 I started with an empty vacuum cleaner and attached the Lint Lizard. I followed the directions and vacuumed both from the front of the dryer and from the outside of the vent. 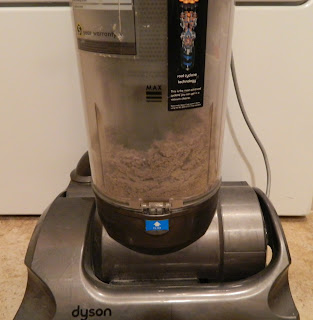 This much more lint came out. My brush is just not as good as the lizard. For your viewing pleasure I emptied the lint out of my vacuum onto this bag. 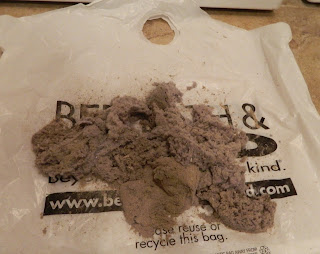 I am so disgusted with this, but I'm also happy to have it cleaned out. Last week I thought I had done a great job, but I found that I didn't have the right tool to do the job the best way. I'm thankful that Tammy clued me in to this product; maybe I should watch more TV. At least when I bought the Lint Lizard, I remembered to use the Bed Bath and Beyond coupon I had in my purse.

The opinions stated in this blog post are my own, and I have not been compensated in any way. I just like to clean things up.

Posted by Anita Rowe Stafford at 9:04 AM