I'm sharing this recipe because it is so good everyone should have a chance to try it. I have not made another cheesecake that is put together quite like this one - it's a no bake version - but not a fast recipe to make. Paradise Cheesecake is a dessert that you probably will want to make for company or a special occasion because it takes two days to finish, but it is well worth the wait. 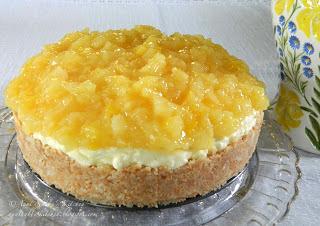 Process the vanilla wafers in a food processor until finely ground. Mix the vanilla wafer crumbs together with the coconut; stir in melted butter. Press mixture along the bottom and sides of an 8- or 9-inch springform pan. Chill until ready to use.

In a saucepan, mix gelatin and 1/2 cup sugar, add pineapple juice and let stand for 1 minute. Heat mixture over low heat until gelatin dissolves (about 5 minutes). Remove from heat. Add egg yolks, one at a time, beating well after each addition. Allow to cool slightly.

Beat cream cheese with an electric mixer until light and fluffy. Add the gelatin mixture, rum, and coconut extract; blend well. Chill quickly by setting mixture over a bowl of ice water. Stir until thickened slightly.

My recipe has been adapted, but the original recipe came from The Everyday Chef Desserts cookbook. 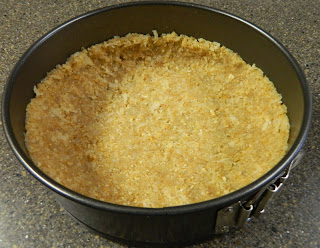 The crust is made from crushed vanilla wafers, coconut and butter. It is absolutely perfect for this cheesecake. 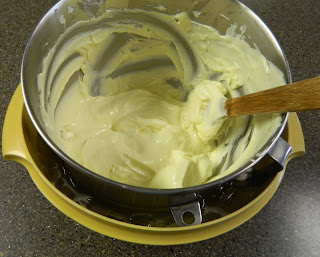 Cool the cheesecake mixture quickly by stirring over a bowl of ice water. 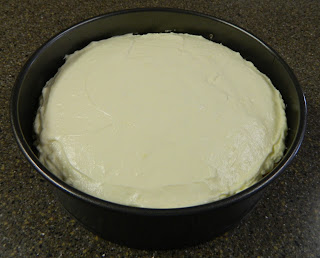 Refrigerate the cheesecake overnight. I also made the pineapple topping ahead and refrigerated it overnight as well. 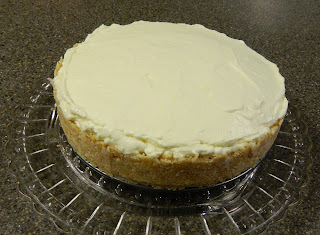 When ready to serve, remove the springform pan, 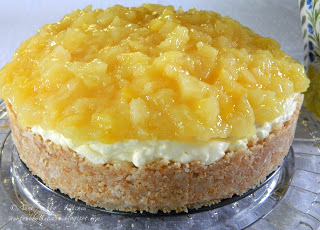 then spoon on the pineapple topping. 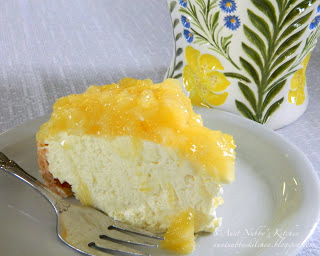 This cheesecake is such a tropical tasting delight.

Posted by Anita Rowe Stafford at 11:30 AM