Mission Organization: Week 21 - My Own Toolbox

I've had a few tools of my own before, but I have not been able to keep up with them in the house. Although I have never received a ransom note, I've wondered if there might be a tool kidnapper lurking around, grabbing little screwdrivers and hammers. My husband, on the other hand, has lots of tools. He keeps most of them away from the house at his shop building, but there are a few stashed here and there in the garage at home.

Occasionally we have one of those household breakdowns that require the use of tools, and one of those incidents came this week. My garbage disposal stopped working, so my husband, being the handyman that he is, set out to install a new one. Of course we have our own way of doing these things. He gets under the sink and calls for the tools one at a time as he needs them, and I'm the tool-fetcher. For example, if he needs a Phillips screwdriver, I run to find one, but the last place I put it may not be where it is now. In fact it may not be in the next three places I look. When I finally locate the screwdriver, I dash back to my husband, still waiting under the sink. By that time he will need a hammer or some pliers and the search will begin all over again.

The frustration of searching for all those tools to fix the garbage disposal gave me my mission this week. I wanted to put together my own toolbox to keep in the house, but I wanted it to be "mine" so that the tools would not somehow disappear as they had done in the past. I knew I would have to do something different this time. 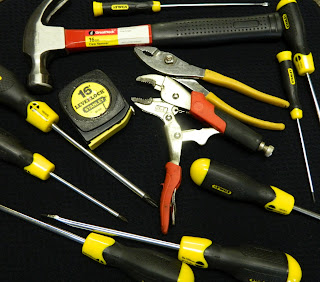 I started by gathering the kind of tools that I was often asked to find. I found some old tools that I knew I could use, but I bought a new hammer and a package screwdrivers of different sizes with both flat and Phillips heads. 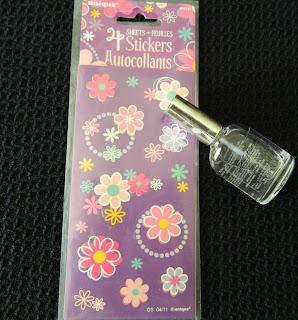 Then I got a package of "girly" stickers and some clear nail polish. 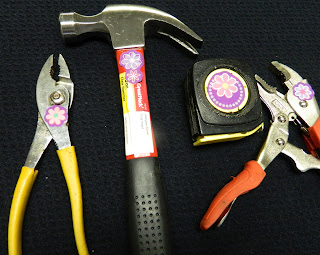 My idea was to apply the stickers to the tools to personalize them, so that they could easily be identified as "mine". 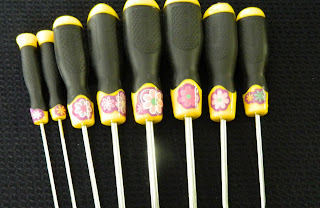 I put stickers on every tool, then I sealed them on with the clear nail polish. 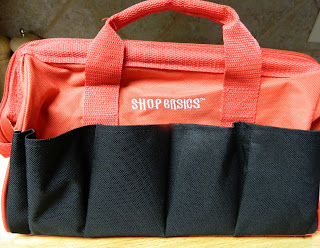 I bought an inexpensive tool bag for the house tools. 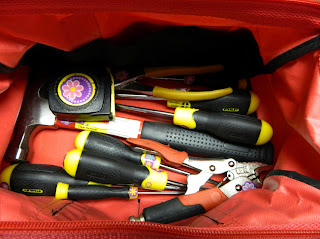 The tool bag is filled with the tools. 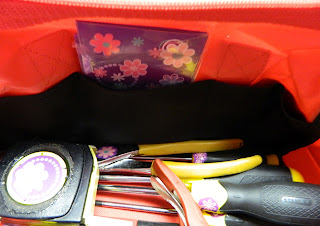 The extra stickers are stashed in an inside pocket so I can use them for any new tools that I might acquire.

I now have a bag of tools that fall into the "often requested" category at my house. Hopefully the flower stickers will discourage any tool nappers from picking up the tools and carting them away. At least now I will recognize them as part of my set if they are found somewhere they don't belong.

Does anyone need a screwdriver?