This recipe for Cinnamon Muffins reminds me of those cake recipes that are called "death by chocolate" except this is a "death by cinnamon" muffin version. This muffin is not only filled with cinnamon chips, it also has a dollop of gooey cinnamon filling right in the center. 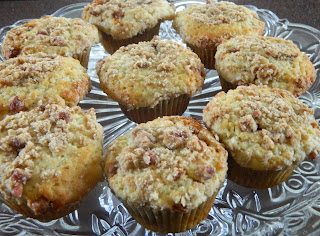 Prepare the topping by mixing brown sugar, oats, flour, and butter together until crumbly. Add pecans to mixture; set aside.

Prepare the filling by mixing butter, brown sugar, and cinnamon together; set aside.

To make the batter: In a large bowl, combine the melted butter, milk, and eggs. In a separate bowl, whisk together the flour, oats, cornstarch, sugar, baking powder, salt, and nutmeg. Add chips to the mixture, then combine the dry ingredients with the liquid mixture, stirring just until combined.

Divide half the batter evenly among the muffin cups. Dollop 2 teaspoons of the filling mixture onto each muffin, then top with the remaining batter. Sprinkle with the topping mixture, pressing in lightly.

Bake in the preheated oven for 20 - 25 minutes until golden brown. Remove from oven, wait 5 minutes before transferring muffins from pan to wire rack to cool. 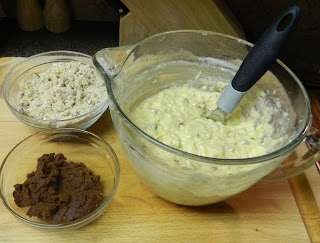 Start by preparing the topping, the filling, and the batter. 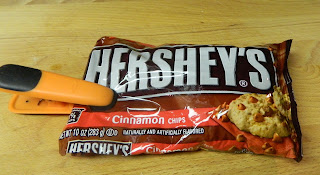 This recipe uses either Cinnamon or Butterscotch Chips. Cinnamon Chips are not readily available in my area, so I have to buy them when I am shopping out of town. This is the last bag that I have in my stash! 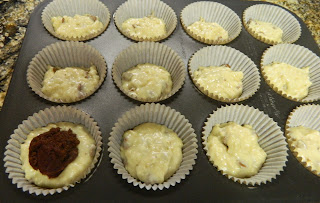 Put half the batter in the muffin cups, then drop in a dollop of the filling. 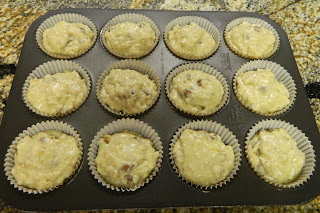 Cover the filling with the remaining batter. 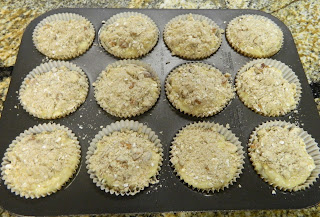 Sprinkle the topping mixture over the batter. The recipe made a lot more topping than I needed, so I put the rest in the freezer in a ziplock bag to use another time. 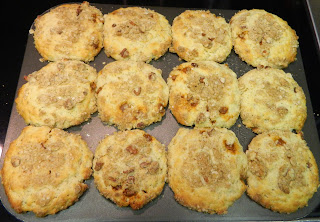 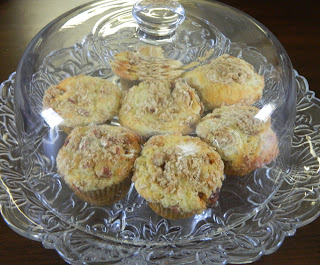 These muffins made the kitchen smell wonderful while they were baking, and they are so yummy.

Posted by Anita Rowe Stafford at 11:47 AM