This is a super easy appetizer to make and one that most everyone loves. A batch of these would be great to make for weekend guests, or better still create your own fireworks by making these for the Independence Day holiday. 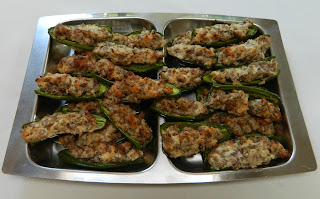 Preheat oven to 425 degrees F. Line a sheet pan with aluminum foil; spray lightly with cooking spray.
Brown sausage in a skillet over medium heat, cook until evenly browned; drain grease. In a large bowl, mix the browned sausage, cream cheese, and Parmesan cheese until well blended. Spoon about 1 tablespoon of the mixture into each jalapeño half. Arrange stuffed halves on prepared baking sheet. Bake for 20 minutes in preheated oven until bubbly and lightly browned. 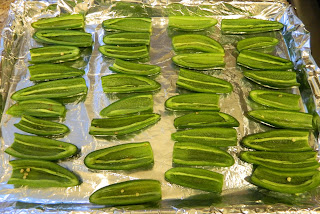 Prepare the jalapeños by cutting in half lengthwise and seeding. 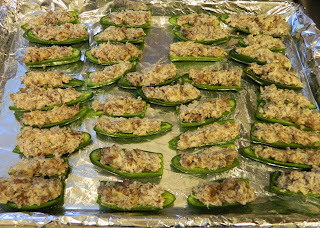 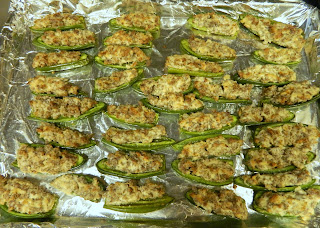 Bake for 20 minutes until bubbly and browned.

Posted by Anita Rowe Stafford at 5:30 AM