Since I am such a chocolate pie lover I don't know what took me so long to get around to trying the recipe for Minny's famous chocolate pie from The Help. Of course, there was that secret version of the recipe, but Minny will never divulge that one. This original version comes from Lee Ann Flemming and was printed in Food and Wine. It was reported in the magazine that Ms. Flemming made 53 chocolate pies during the filming of the movie, so she must be some baker.

Now I would never intentionally do anything to disrespect a baker with the experience of Ms. Fleming or Minny because they both obviously know their way around the kitchen, however, I made a minor adjustment to the recipe simply because I wanted to use less sugar. A girl like me has to save those calories anywhere she can, so I lopped off a half cup of sugar from the original. This recipe couldn't be easier to put together, that is, unless you should happen to leave an ingredient out of the filling, then you might have to start over, but who would do that?

The pie was simply wonderful, even made with less sugar, and I recommend you bake one as soon as possible. 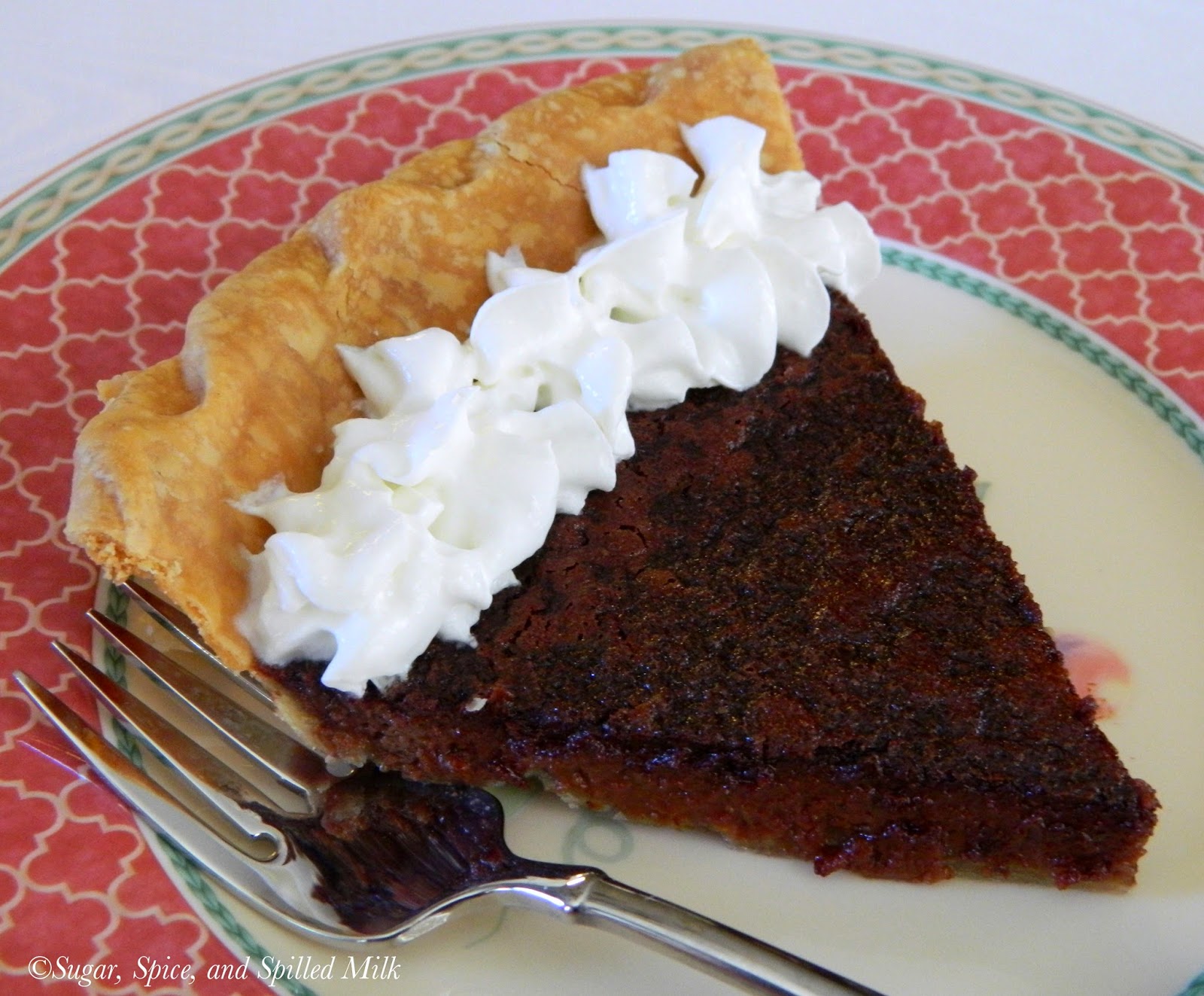 Preheat oven to 350 degrees F. Place pie crust in a 9-inch plate. Crimp edges decoratively and prick the crust lightly with a fork. Blind bake the crust by lining with parchment or foil, then fill with pie weights or dried beans. Bake for 15 minutes, remove foil and weights and bake for about 5 more minutes. Crust should be dry but not browned.

To make the filling -- Whisk together the sugar, cocoa powder, and salt. Stir in butter, eggs, evaporated milk, and vanilla until smooth. Pour the filling into the pie crust and bake for about 45 minutes. The filling should be set around the edges but a little jiggly in the center. Halfway through the baking time cover the crust with strips of foil. Cool on wire rack before cutting. Serve with whipped cream. This pie can be made ahead and refrigerated overnight. 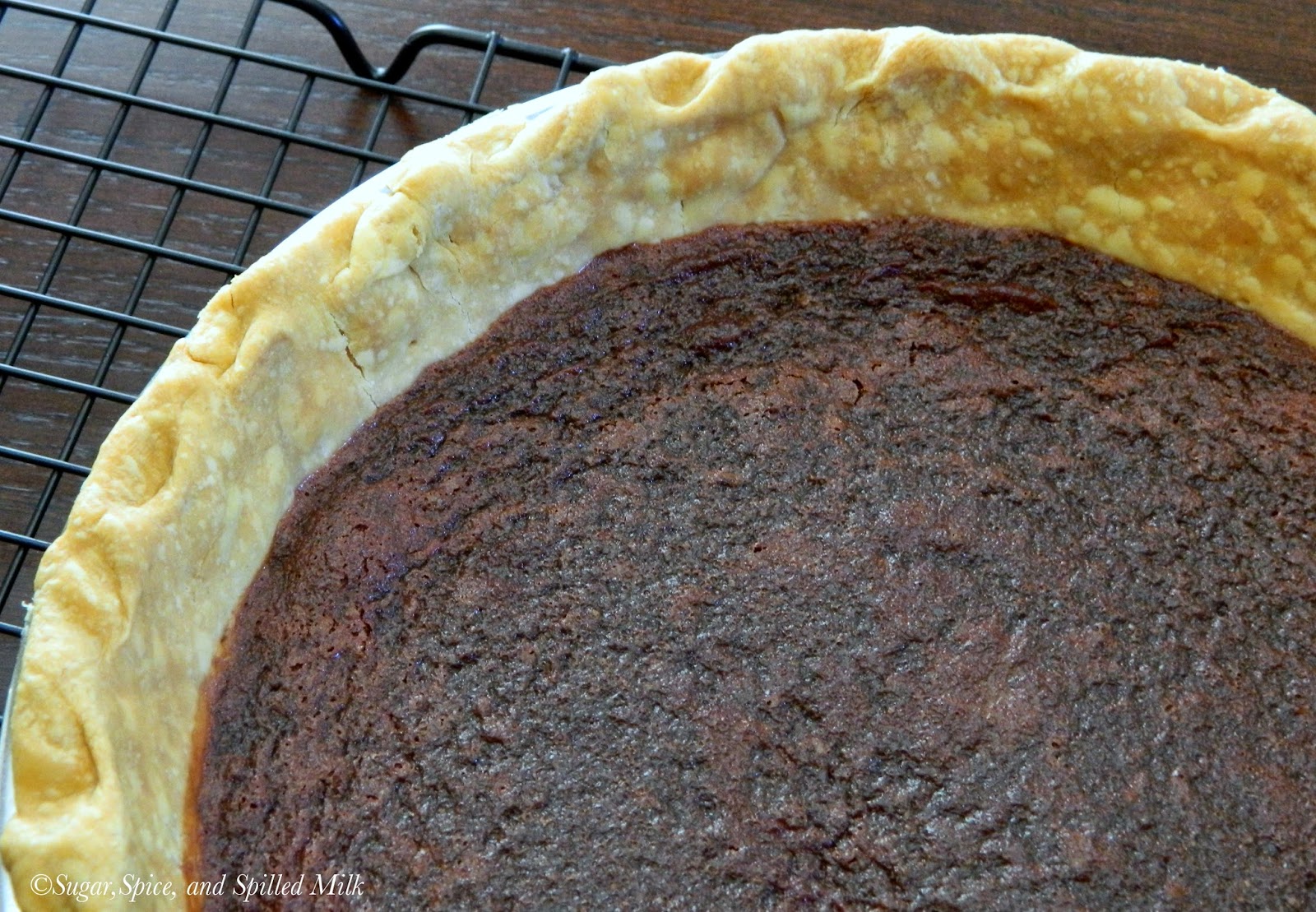 Spilled Milk Tip #29: When you pour the filling into the baked crust, if you should then notice the evaporated milk is measured and still on the counter and NOT mixed in the filling with the rest of the ingredients, no matter how well you scrape the filling out of the crust, you're going to have to bake a new crust and start over again.
Posted by Anita Rowe Stafford at 6:11 PM 4 comments:

Today I was invited to one of my favorite places -- a school. A dear teacher friend of mine asked me to come to her classroom and read to the children, which was an offer I wouldn't refuse. I worked for many years in the school district I visited today, but today was very special because my friend Tammy has a classroom in a newly built primary building that didn't exist when I retired a few years ago. I was able to visit my friend, see the new building, and read to the children, a pretty big visit all rolled into one. 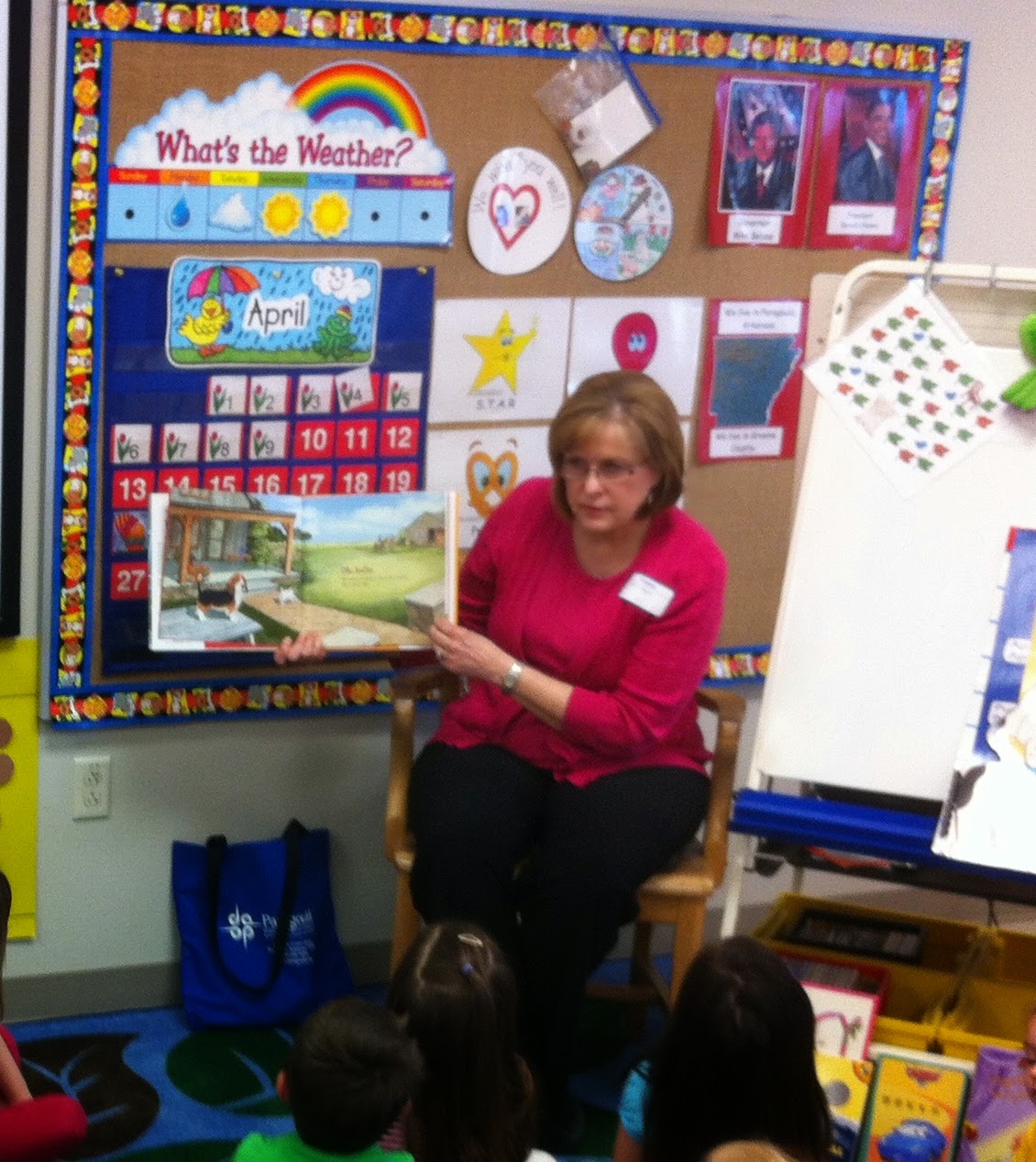 The classroom I visited was a four-year-old preschool, and I needed books on that level that followed the theme of dogs or cats because the children had been learning about pet adoption. I found two books I thought would be perfect, and I believe the children were in agreement.

The two books I read were Charlie the Ranch Dog and Charlie Goes to School, both by Ree Drummond. There were twenty children in the group, and the books held their attention. After I read, they had no problem at all answering the question about Charlie's favorite thing to do, which is, of course, to take naps. 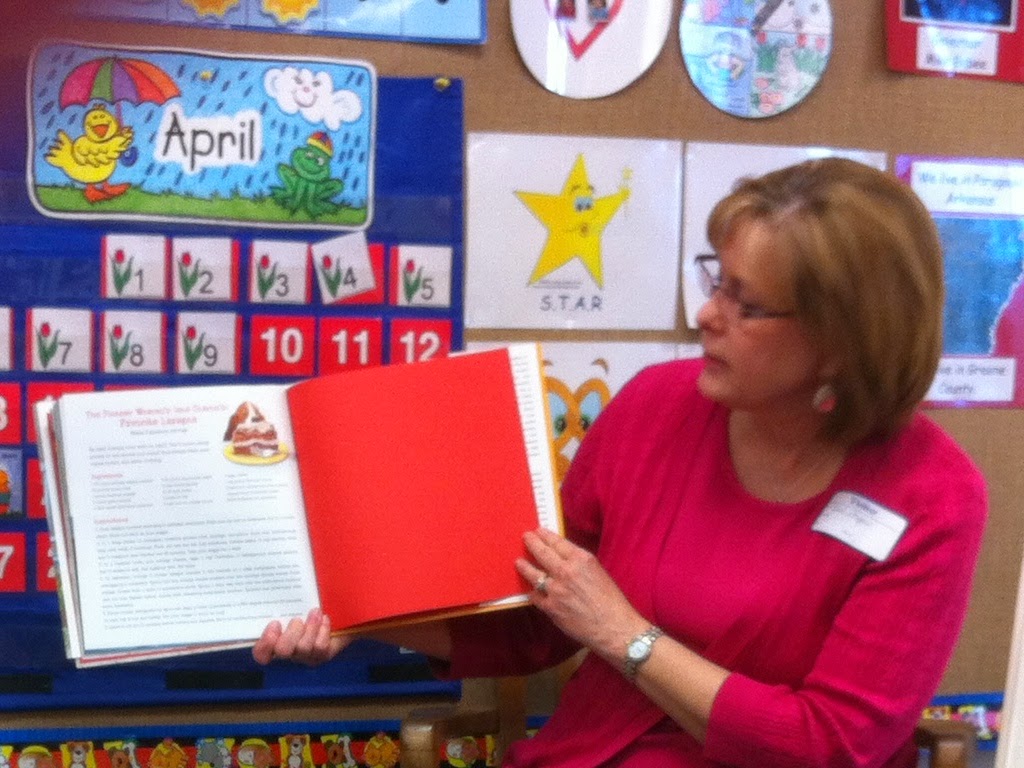 One thing, other than the character Charlie, the children loved was the recipe Ree includes at the end of each book. We talked about how she is famous for her cooking and her cookbooks, and some of them knew their parents had watched the Pioneer Woman's cooking show on television.

These are delightful books with beautiful illustrations I think most any young child would enjoy. In fact, I believe these children must have liked reading the books because I received a message from the teacher tonight that said the children had talked about Charlie all day after I left.
Posted by Anita Rowe Stafford at 10:11 PM 6 comments:

The Generations Before and After

Recently I was notified by Kyran Pittman that I had won a giveaway prize
on her blog Planting Dandelions.

Now I love any kind of prize, and I can get pretty excited about a gift card
for pizza or a new cookbook, but this prize really blew me away!

My prize was a full year's membership to Ancestry.com


A few of my relatives have done some family research, and I have lists of names they have compiled, but I have never done my own research before. I feel the gift I have been given goes in two directions. I not only have received the gift of being able to research into generations of my family that have come before me, I can now leave this heritage for the family members that will come after me. 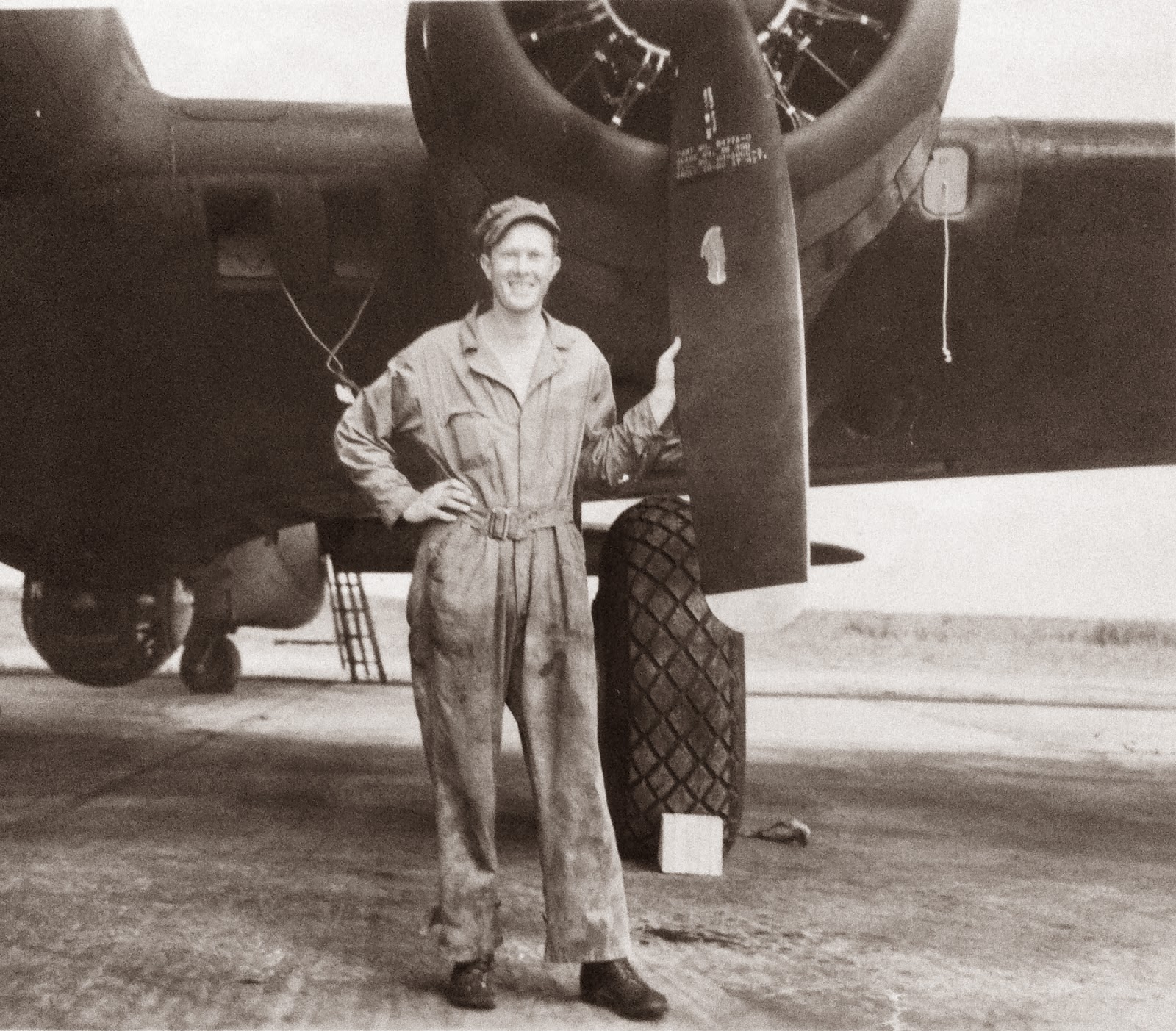 My dad passed away almost 20 years ago. He served as a mechanic in WWII and was a dairy farmer afterward. My tiny grandson who was born just this year will grow up almost 100 years past my dad's childhood. When I'm no longer here to tell my family members about my dad, I want to be sure his name is not forgotten.

Now to get started and see just how much I can discover about all the family ties I have - somewhere.

Thank you, Kyran and Ancestry.com for an exceptional giveaway!